A downloadable game for Windows

† A schoolmate's disappearance rarely goes unnoticed; a roommate's even less so

Genre: Drama, school life, psychological, mystery + some elements of romance
Recommended age: 15+
Content warnings can be read from below

On a chilly autumn morning, Jonathan Linden arrives to the gates of his new school. Transferring in the middle of the semester without giving anyone any explanation, Jonathan fast attracts the attention of the other boys and makes new friends easily. However, he soon learns a boy has disappeared only a little while ago, and now Jonathan is being put in the very same room where that boy used to sleep in! However, it seems the ominous dreams he sees while sleeping there are the least of his worries: there is something odd about his mysterious roommate, Claude, who wants Jonathan to help him with investigation of the disappearance. And when everyone but Claude suddenly turns their backs on Jonathan, he finds himself in the middle of a detective game he might rather have never been a part of…

Make sure to read the text file called README.TXT!

This demo contains days 1-7 and takes around an hour to complete, depending on your reading speed! The first demo covered only day 1.

Since this is still a demo, some parts may be missing, incomplete or not working correctly.

Mild violence, potentially distressing elements of school bullying and emotional abuse. If you know such themes are distressing to you, please play at your own risk.

Make sure to read the text file called README.TXT!
Since this is still a demo, some parts may be missing, incomplete or not working correctly.

The game isn´t bad, and the mystery is interesting.

And the characters are all attractive, I would like to know the history and circumstances of all.

Do you already have a release date?

In what state of progress is the game?

Thank you, and thank you for giving the demo a go!!

In terms of history/circumstances both in-game and meta level, I have both the tumblr blog and this sort of outdated weebly site going deeper in both lore and how the whole thing was born, though I haven't advertised a lot mainly because I haven't had the concentration to sit down and edit the site in a while haha.  My plan is to make it proper once the release happens though!

I don't have a release date mainly because of my often unpredictable health issues, but I'm already halfway through in terms of progress & working hard whenever I can!

EDIT: I GOOFED UP WITH THE LINK it led to an entirely wrong thing but it's fixed now

Thanks for you answer! 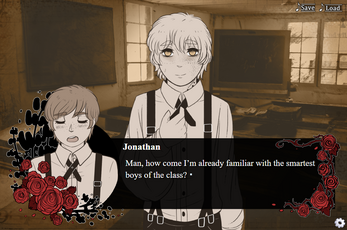 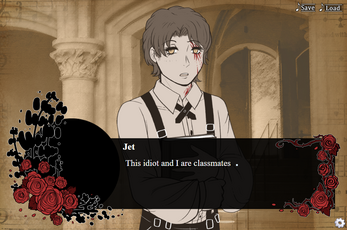 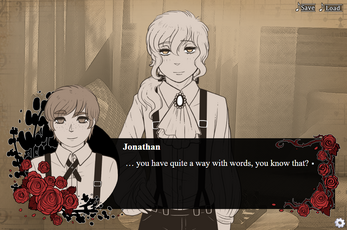 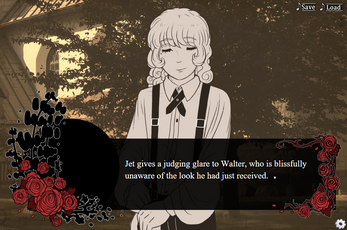